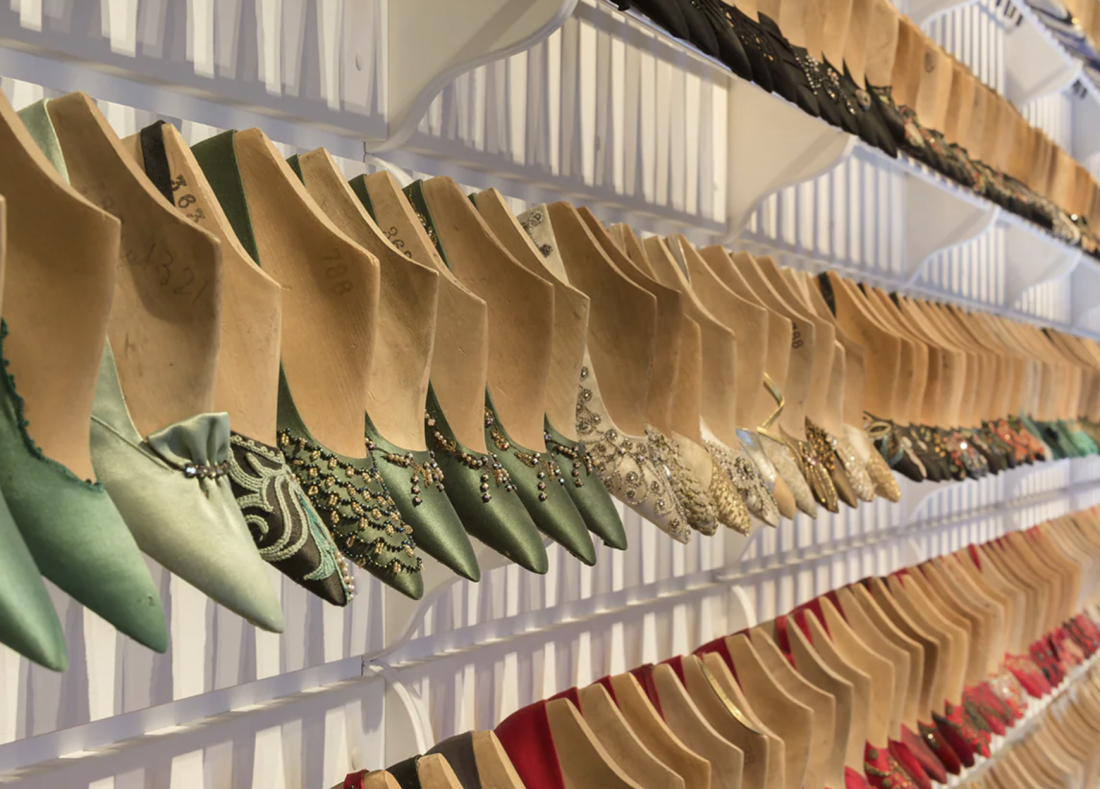 Last week I was in Florence and while strolling  in town i discovered the Ferragamo Museum. The museum is very close to the Ferragamo boutique in piazza della Santa Trinità in the heart of Florence city. I went in to the museum and I read the story about Ferragamo.

I was very impressed because he has been a really innovator designer  and he invented a unique style combining the beauty with design. Salvatore Ferragamo was born in 1898 in Bonito, close to Naples. Even as a child, Salvatore showed a great passion for shoes: at the age of 11 he was apprenticed to a shoemaker in Naples and at 13 he opened his own shop in Bonito. When he was 16, he travelled to America to join one of his brothers who was working for a large shoe factory in Boston. Salvatore was fascinated by the modern machinery and production processes but he also saw how they could limit product quality. In the early Twenties he moved to Santa Barbara, California, where he opened a shoemaking and repair shop. California was an exciting place to be at that time with the new film industry booming. Salvatore began designing and making shoes for the movies. Meanwhile, in his ongoing search for shoes with the perfect fit, he studied human anatomy, chemical engineering and mathematics at the University of Southern California in Los Angeles. When the movie industry moved to Hollywood,  Salvatore Ferragamo went with it.

In 1923 he opened the ‘Hollywood Boot Shop’,
which marked the start of his career as ‘shoemaker to the stars’, as he was defined by the local press. 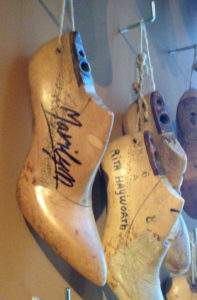 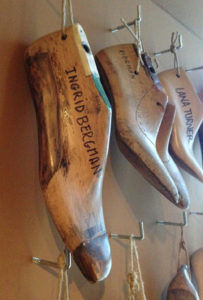 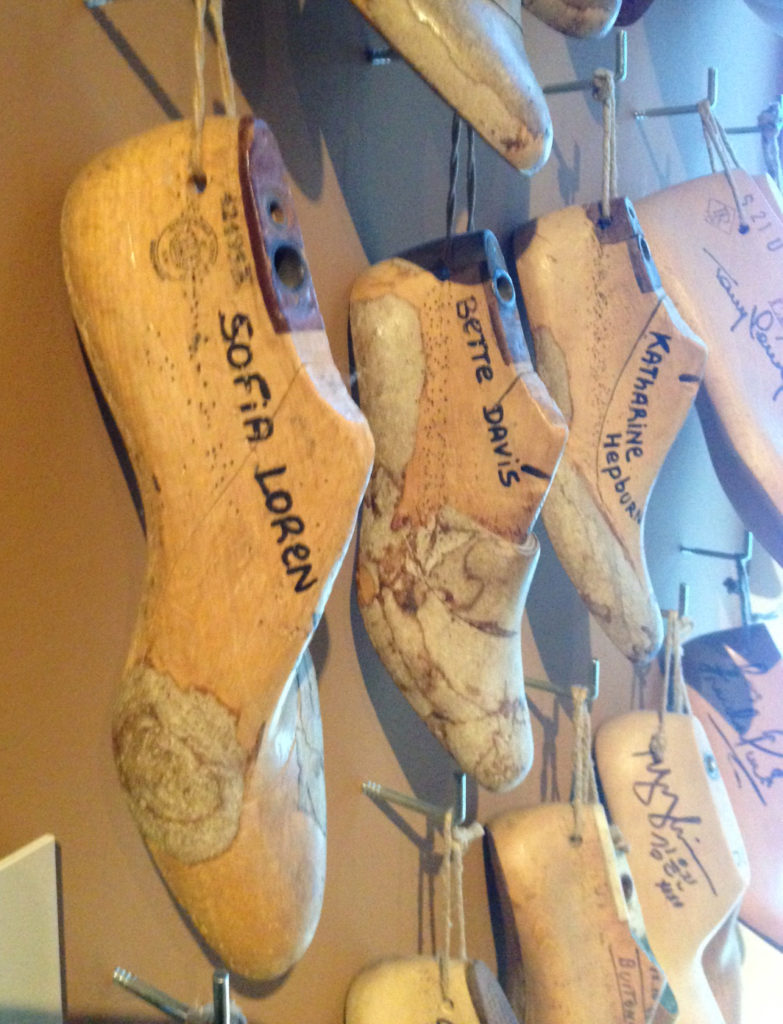 In 1927 Ferragamo decided to return to his native Italy and chose to settle in Florence, a city known for its many skilled craftsmen. From his Florentine workshop – in which he adapted the assembly line system to his workers’ highly specialised and strictly manual work – Salvatore launched a constant flow of exports to the United States. After the war, Salvatore Ferragamo’s shoes came to be known around the world as a symbol of Italy’s return to life, design and production……. 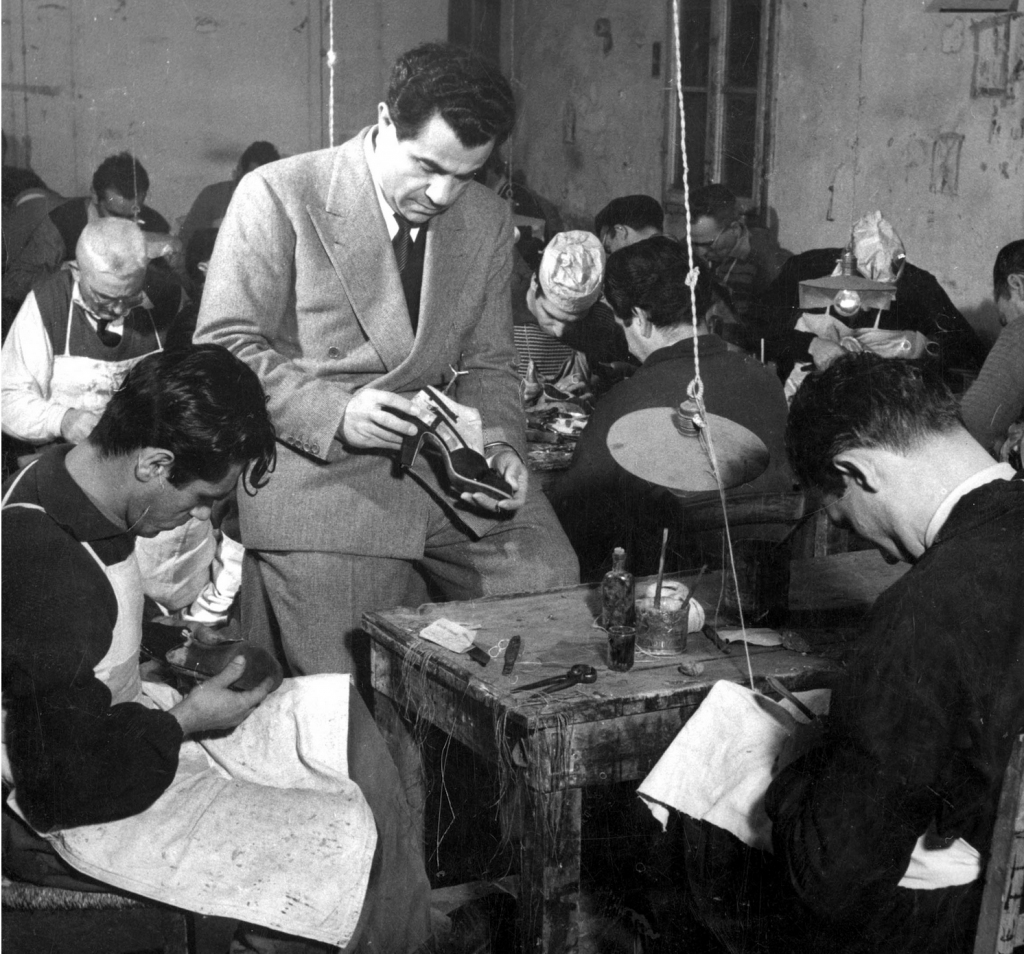 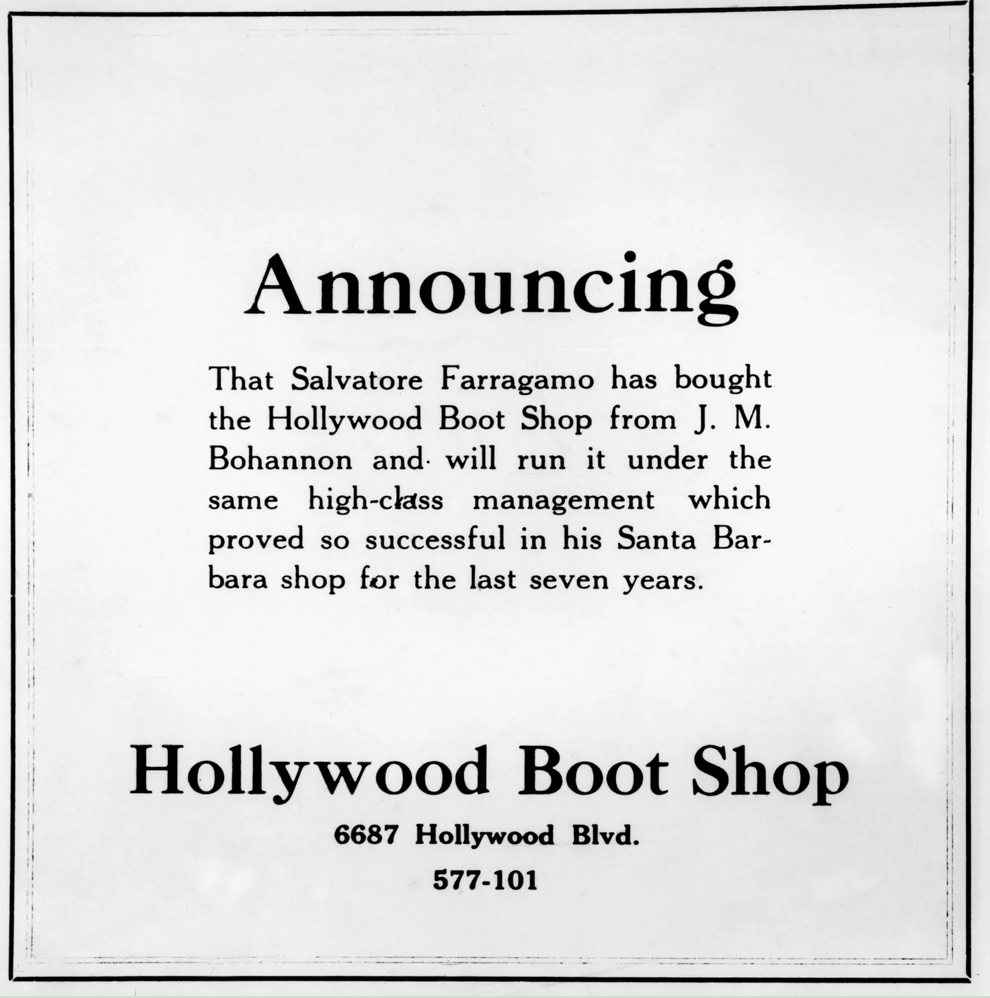 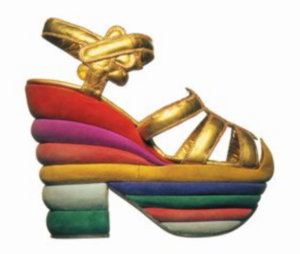 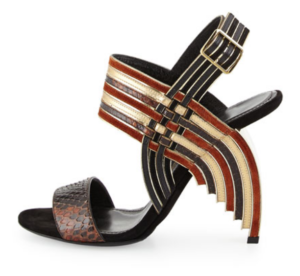 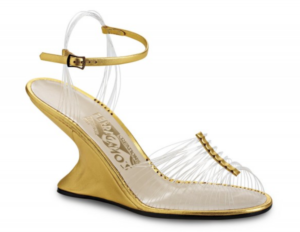 Famous models by Ferragamo: The gold sandals and the invisible sandals with nylon thread uppers (for which Ferragamo won the prestigious Neiman Marcus Award’ in 1948.

At the moment there is a interesting exibition “Silk” The exhibition depict the delicate process that leads to the creation of the silk scarf, through the example of the Maison Salvatore Ferragamo, which has made both the scarf and the tie one of the most recognizable signs of its style.

On 15 March 2013, the Fondazione Ferragamo opened in Florence intends to promote art and craftsmanship through the memory of Salvatore Ferragamo’s work. Inside the foundation you can see a library, documents, film, brevetti, the archive of designs, and where you can discover the history of this important brand.

I believe that Salvatore Ferragamano has left a very precious creative heritage for the new generations can be proclaimed a heritage of humanity.
https://fondazione.ferragamo.com/it 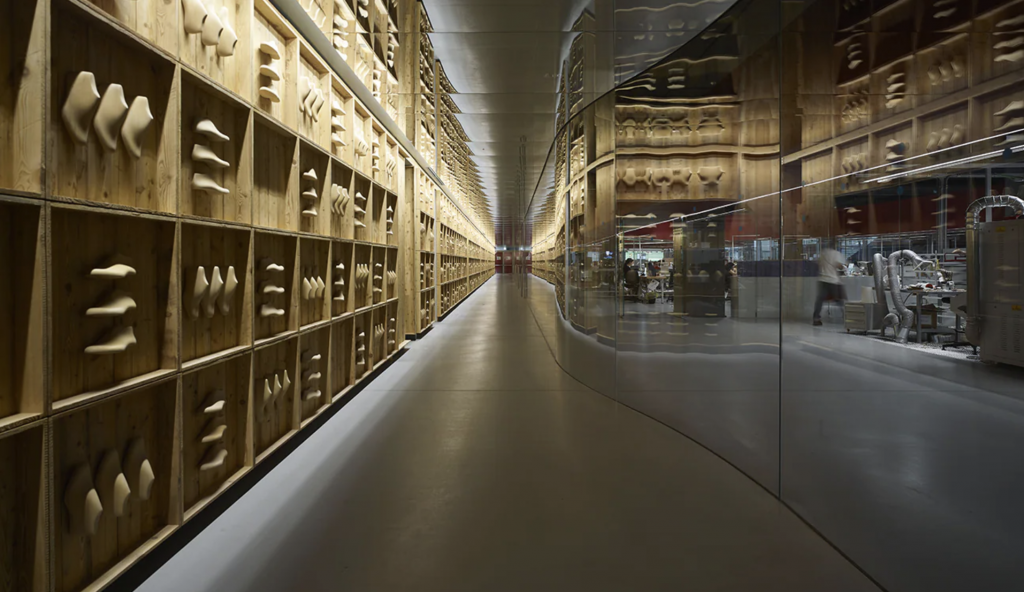 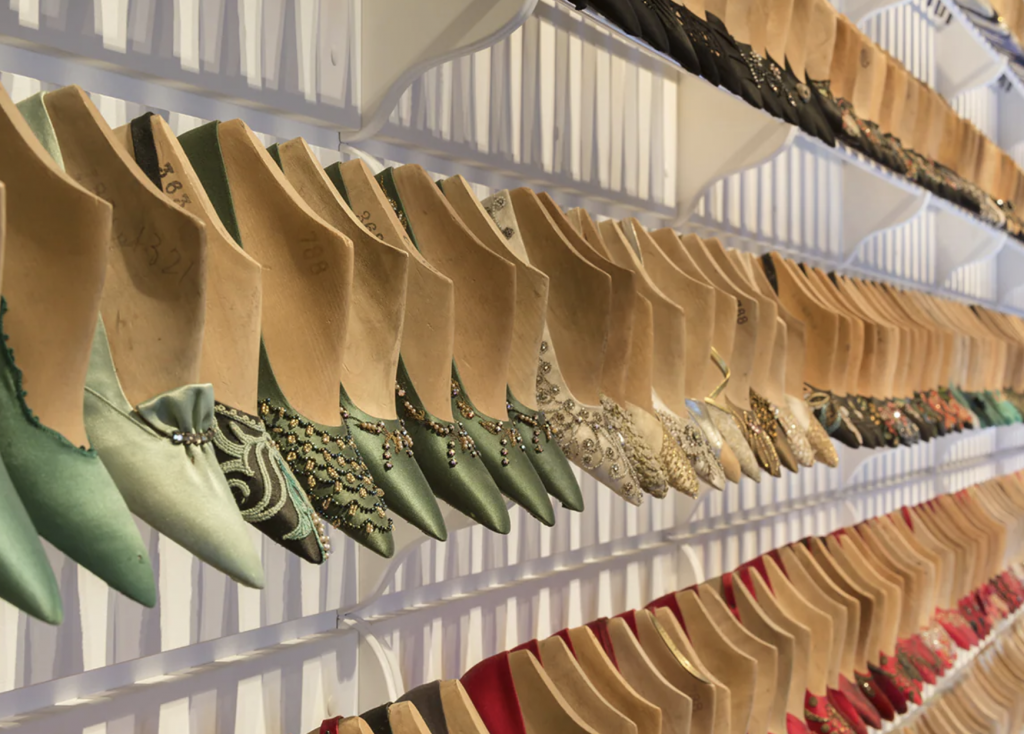 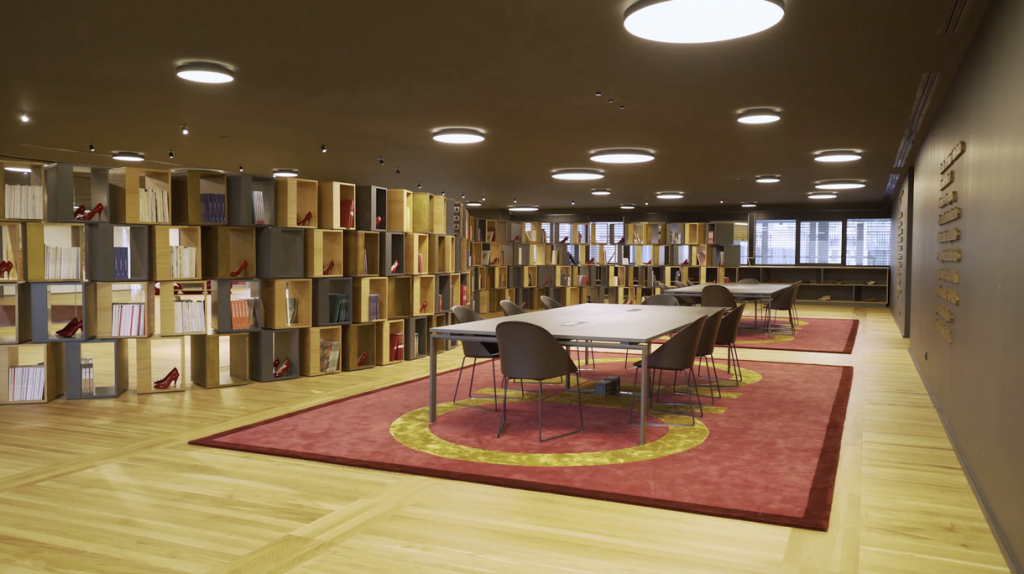 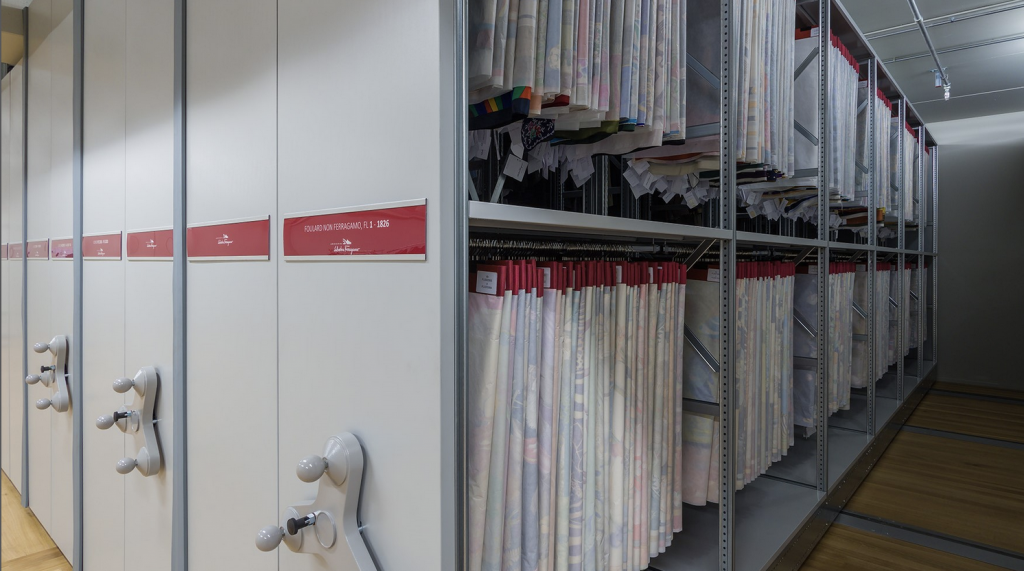 If you ever come to Florence they are a fantastic and interesting 2 places  to visit (” Museo & Fondazione”)
and to know this extraordinary fashion designer and absolute genius!